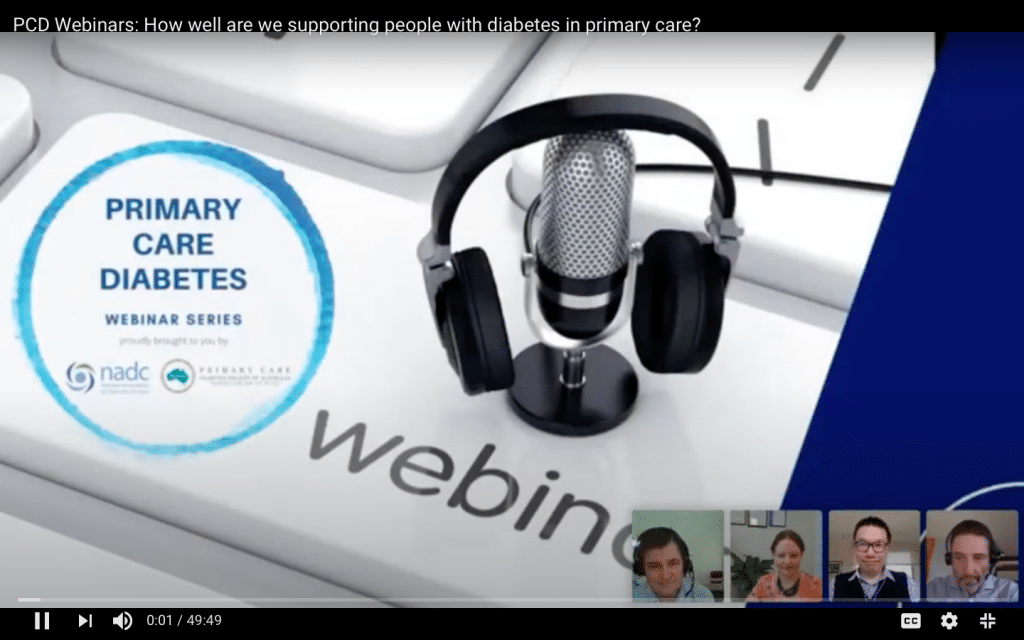 REGISTER FOR THE NEXT WEBINAR EPISODE

The National Association of Diabetes Centres (NADC) in partnership with the Primary Care Diabetes Society of Australia (PCDSA) is pleased to invite you to a series of lunchtime webinars for healthcare professionals.

A range of topics and speakers is available to all healthcare professionals live and FREE, fortnightly on Thursdays from 12.30 to 1:15 pm through to December 2021.

Save the space in your diary now and ensure you let your healthcare colleagues know that these are FREE to join and certificates will be available as evidence of CPD.

Watch all previous Primary Care Diabetes Webinar episodes through our PCD library. Sign up on the link below to access the library.

REGISTER FOR THE UPCOMING WEBINAR SERIES... 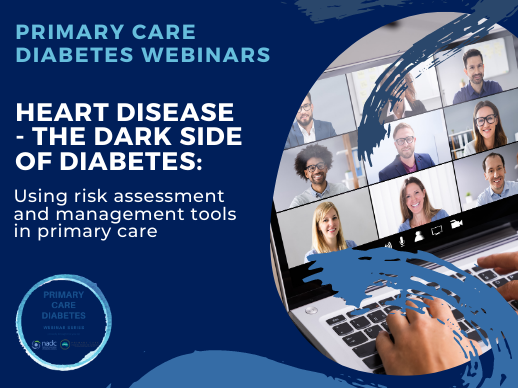 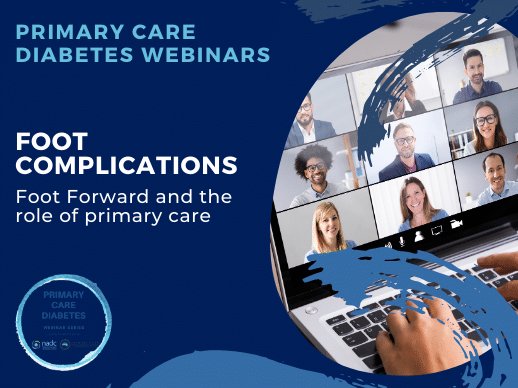 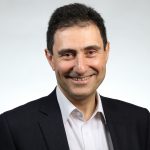 Professor Jonathan Shaw is Deputy Director at Melbourne’s Baker Heart and Diabetes Institute, where his research focuses on epidemiology and clinical research in diabetes, and he is also a consultant physician in the diabetes services. He has authored over 400 peer-reviewed scientific papers.

He is the Chair of the Diabetes Advisory Group to the Australian Institute of Health and Welfare, Council member of the Australian Diabetes Society, and a Past-President of the International Diabetes Epidemiology Group. 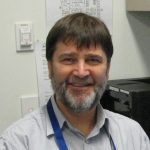 Dr Ralph Audehm is a general practitioner with over 25 years of experience.

He has a long-standing interest in the management of diabetes in general practice and has instigated and supported many initiatives to improve health outcomes systematically for people with diabetes in Melbourne’s north-west. Ralph has been a member of numerous boards, expert panels and working parties. He believes that primary health care is central in the effective management of chronic illnesses, such as diabetes, and that primary care is best coordinated via general practice.

The National Association of Diabetes Centres (NADC) is a national collective of organisations that are involved either directly or indirectly in diabetes services and care.